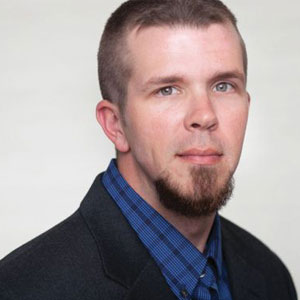 Open source has become an integral piece of every developer’s arsenal. The power of the community, the wisdom of many, and the ability to hook into various systems and solutions make open-source incredibly powerful.

At A10, we contribute to and embrace open-source solutions and provide APIs to empower developers to integrate their tools into our systems.

We keep our finger on the pulse of what’s happening in the open-source community. As 2017 gathers steam, we decided to identify 10 trends that will impact open-source this year.

Without further ado, here are 10 open-source trends to look for in 2017:

1. The ADC Space Embraces Open-Source. At A10, we’ve been ambassadors of open-source solutions. And in 2017, that will increase. ADC vendors will provide better and tighter integration packages for various open-source projects, especially surrounding ADC-generated telemetry.

2. More Eyes Find Vulnerabilities in Open-Source Projects. Bad guys love them and companies hate them. Many companies leverage open-source technologies to help build enterprise-class and cloud-ready solutions. However, with open-source vulnerabilities making headline impacting news, open-source projects are not as trust worthy as they have historically been perceived. Technology vendors, as they push to gain mind share as security companies, will start to identify vulnerabilities in open-source code more often. This will hopefully lead to patches being produced sooner.

3. Data becomes More Actionable as Business Intelligence Rises. Collecting mountains of data is great. But it’s what you do with that data and what you learn from it that matters. We’ve been so caught up in collecting the data that we’re not using the data we collect.

​Technology vendors, as they push to gain mind share as security companies, will start to identify vulnerabilities in open-source code more often

In 2017, we’ll get more value out of the data we collect through increased adoption of analytics and machine learning to identify patterns that are actionable. This will fuel an increase in business intelligence, and give organizations a competitive advantage.

Next year will be the year of information superiority as businesses use data as a key differentiator.

4. Containers become More Common. For the past two or three years, containers have been more of an edge fad than a mass-adopted solution. That changes this year.

In 2017, businesses will focus on right sizing their resources. Containers give businesses the ability to leverage highly portable assets or resources, and make the move into micro services much easier, which improves the scalability and stability of applications at a price that is easier for organizations to swallow.

5. Enterprise DevOps Adoption Intensifies. Until recently, DevOps stymied the enterprise. They knew they needed to adopt this new skill set and the principles that come with it, but through a lack of available talent and ambiguous definitions, they’ve been left a bit in the dark.

As DevOps tools and processes become more mainstream, enterprises in 2017 will finally be able to take advantage of DevOps and break down the barriers between developers and IT.

7. Service Providers Leverage OpenStack. OpenStack’s maturity, combined with its inherent cost savings, will drive more service providers to deploy it as their open-source software of choice to power private and public clouds. OpenStack makes it easier and cheaper for service providers to hire developers to build what they need rather than buying a bulky proprietary solution and making limited customizations.

Hundreds of companies already use OpenStack to control their compute, storage and networking resources and its friendliness with heterogeneous infrastructure makes it an ideal solution for service providers who don’t want to be tied to a single cloud solution. OpenStack will be a strong contender in the service provider market for years to come.

8. Enterprises Look Toward Public Clouds. For most enterprises, their main focus isn’t technology. Businesses want turnkey offerings versus customized and specialized solutions. As such, 2017 will be the year enterprises lean more heavily on public cloud providers.

9. Common Service APIs Grow in Importance. APIs have been an integral part of open-source for a while, and in 2017 the need for good quality APIs increases. Smooth and easy integrations fuel swift implementations and open the door to speedy, feature rich deployments. Vendors who do not provide good APIs will miss out in 2017.

Open-source projects will continue to emerge to further development using RESTful APIs, which deliver application back-end services and other functionality.

10. Architectures Get More Standardized. The implementation of frameworks will make most infrastructures look the same, which will lead to cloud infrastructure looking similar because the underlying infrastructure is more services-based versus network topology. For businesses, this means they’ll care less about the infrastructure itself and more about the services that power it.

Those are just 10 trends to be on the lookout for this year. What open-source developments are you excited about? Let us know in the comments.