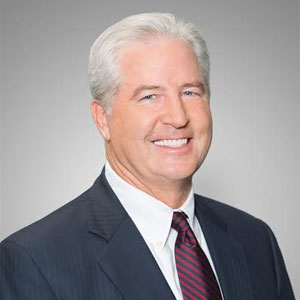 “How can we boost sales?” This question is as old as the concept of commerce itself. Toshiba America Business Solutions’ chief marketing executive Bill Melo was determined to use technology to answer this age-old question while unlocking his sales forces’ fullest potential.

Toshiba sells industry-recognized e-STUDIO copiers throughout the United States and Latin America via its direct sales organization, Toshiba Business Solutions, and a channel of independent dealers. Toshiba targets organizations as diverse as those listed on the Fortune 500, small-to-medium-size businesses (SMB) and startups.

Considering this diverse landscape, Melo understood the importance of enabling Toshiba's sales personnel to perform the often complicated analytics involved in configuring print fleets for larger companies. Installations varied from hundreds of copiers and printers spread out across multiple locations to more modest configurations for startups. Managed print services—let alone software to facilitate the sales process— was a new concept at the time, Melo understood he had to shape such a program himself.

After brainstorming sessions with some of his company’s senior software programmers, the concept for an online program to create print fleets for organizations of all shapes and sizes was conceived. The program became Melo’s passion.

To fulfill his vision of creating a one-of-a-kind managed print services program, Melo hand selected a team of developers. The team—led by Candice—went back-and-forth to fine tune an online program that could tackle the challenges facing Toshiba’s multi-tiered sales teams.

Beyond the speed in configuring both simple and enterprise-wide configurations, Toshiba sales reps appreciate the ability to do it via a tablet and are even more grateful about not being dependent on an internet connection.

This innovation gives Toshiba clients a comprehensive visual floor plan of their current print fleet with icons indicating the specific location of all printers and copiers. Customers can also access the proposed print fleet configurations to see a before-and-after snapshot. 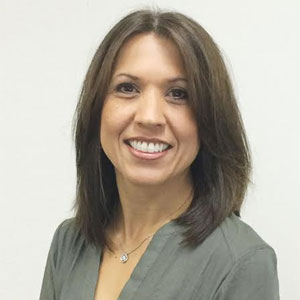 More importantly, Encompass reduces client print costs while allowing them to operate more ecologically by recommending the elimination of inefficient printers and copiers. Better than a decade later, Encompass continues to make life easier for Toshiba’s sales staff while enabling its customers to operate more efficiently and sustainably.

Encompass is an ever-evolving and dynamic solution and Candice’s team works diligently to keep it updated. Her group routinely meets with customers and Toshiba team members from multiple departments including sales and marketing, operations and supply chain to ensure Encompass is being fully optimized. Feedback covers a wide-array of topics such as delivering a more intuitive experience for our sales personnel, incorporating Encompass within supply chain procurement as well as how we can best market it to existing and new clientele. The most important conversations though, occur with our most vital constituent: Toshiba customers. The collaboration helps shape our product roadmap.

With Encompass proving so successful, Candice’s group is continuing to build on Melo’s vision of delivering other market-leading solutions to improve customer efficiencies in other areas.

Encompass’ QuickQuotes features— which is used by a majority of Toshiba sales reps—enables them to quickly and intuitively configure a device while providing the accompanying price quote. QuickQuotes is a hit among reps servicing the SMB market.

FA stores the price of more than 10,000 products and 8,000 supplies to calculate total cost of ownership. Encompass also generates reports outlining the current cost of clients’ print fleets while spelling out the ROI of proposed installations.

Rules Engine is another compelling feature of Encompass. Blending the capabilities of QuickQuotes and Fleet Assessment, Rules Engine—as its name suggests—implements built-in rules to prevent the possibility of users inaccurately configuring a device.

Organizations seeking to measure their ecological efforts also appreciate the Green Report in Toshiba’s MPS program that translates the organization’s paper and toner usage into a carbon footprint report. It details such key benchmarks including the number of trees and electricity used as well as the amount of CO2 emitted.

Though Encompass is an industry-recognized managed print services program today, Candice’s team had to overcome a number of design challenges along the way. A prime example was transferring the “asset” icons to an uploaded floor plan image through a drag-and-drop feature.

As a key user-interface component, this feature was central to Encompass and it had to work flawlessly. The development team built an application framework to facilitate the desired movement of the icons. The result was the creation of Encompass’ signature “Drag-and-Drop Search.”

Fortunately, the introduction process was less eventful. Toshiba’s managed print services program was first rolled out to one TBS location, then another two weeks later. Within a month, Encompass was accessible by Toshiba’s entire direct sales force. A week after that the program was available to all of Toshiba’s independent sales personnel.

Encompass has been very well received by Toshiba’s channel partners and customers. Rules Engine was a huge hit—particularly among junior sales reps as the feature helps them understand how the devices can and cannot be configured. And customers have embraced the chance to see a visual representation of suggested print fleet configurations.

Melo’s vision of helping his sales team more intuitively articulate the benefit of Toshiba’s award-winning copiers has paid off. Since Encompass’ initial rollout 11 years ago, Toshiba has established itself as a leading managed print services provider throughout the United States and Latin America.

Innovating The Single-Family Leasing Industry To Simplify The Home

How Technology Fuels The Future Of Work