OpenShift Creates the New Paradigm for PaaS at Scale

OpenShift Creates the New Paradigm for PaaS at Scale 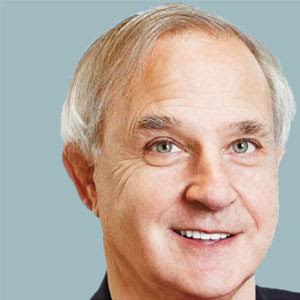 When we speak about OpenShift and the evolution of the platform as a service we need to look at how the OpenShift innovation occurred in the marketplace. Over the last three years Red Hat is put into Amazon EC2, the OpenShift Online program. There is over 2 million applications that are live and well on Amazon and this has been growing at 250 percent per year. The question is how do you move this to the Enterprise or Private cloud from the public cloud. It is very simple by using the community version which is known as Origin and moving it to both OpenShift Online in Amazon and then to OpenShift Enterprise which gives you an upstream and downstream process that is tested by millions of users. If you look at the momentum companies like Cisco, FICO, Boeing, and PayPal they are using OpenShift. If you look at Gartner's Magic quadrant you would see Red Hat as one of the leaders because of the OpenShift in PaaS.

It allows for developer tools such as Eclipse, Maven Jenkins and your favorite development tool. It also has packaged applications and frameworks such as Sinatra Spring, Bottle, etc. It supports languages like Python, Java PHP, Ruby, Perl and Node. With the advent of OpenShift V3 the platform becomes more flexible and the stack has redesigned.

It is a complete multi tenant OS that includes runtimes libraries and security based upon Red Hat Enterprise 7.1.

It’s evolution of the platform has created a new core architecture and encompasses specific areas like networking and storage. It’s a brand-new stack from top to bottom and is the core of OpenShift with the emergence of Dockers and Kubernetes. RHEL 7.0 was the start and now with 7.1 and OpenShift V3 the orchestration engine is built on top of the new container optimized OS RHEL. The biggest driver was the emergence of new standards. It enables the best way to deploy applications and manage the containers at scale. Cisco and others could leverage OpenShift in ACI as an alternative to routing. You no longer need Apache-based routers on each node and no longer separate proxy routers in front of each scaled application. You can route to any instances on any of the hosts and by default creating high availability. In Storage, it enables stateful services to run in a container with shared pods/containers using Kubernetes. The service provisions storage.

It allows standard packaging format package that deals with the hierarchy of tiers within clusters. In the new OpenShift all of these services become first-class citizens. Unlike other PaaS offerings it is the right model for managing applications and certainly accelerates deployments.

Google’s Kubernetes is the new OpenShift broker. It enables the appropriate container deployment. It can integrate Apache Meso scheduler and the JBoss middleware to the platform and is also built as a containerized image.

"With millions of applications and a completely new infrastructure, the PaaS model in OpenShift is leading the industry in making the development of modern applications easier"

Unlike previous versions each container will be scaled and networked to a specific applica­tion. For example, a MySQL application can be networked through con­tainer networking to any other container. This gives the broadest de­ployment opportunity. Storage can be shared among contain­ers where it can use the file structure of its choice. Also with containers unlike gears the application isolation model changes and makes it easier to deploy and network using any SDN, Open vSwitch or networking be­cause each container uses its own IP address. Also Atomic the Red Hat container operat­ing system enables multiple host images thus making the container the most flexible PaaS model under OpenShift. The xPaaS model in V2 has been extended to use the new stack in V3 thus making any component that was a cartridge available including user written applications.

On top is excellent user experience for the developer, the operations personnel through a web browser including a CLI.

In conclusion, with millions of applications and a completely new infrastructure, the PaaS model in OpenShift is leading the industry in making the development of modern applications easier. In the end it’s about the application not the infrastructure.This is more than just a bag of components and does more than just Docker or Kubernetes. It takes advantage of all of these qualities that are coming into the space without the burden to know about the inner's inner workings of PaaS.