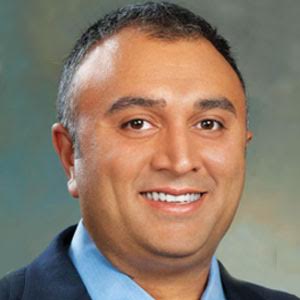 Open source or shared software technology has been around for decades and is now common place, but its exposure skyrocketed in 1991, thanks to Linus Torvalds and his release of the freely modifiable source code to Linux. This really started a revolution with a combination of open source software built through crowd sourcing.

Like with any change, early in the days of Linux, it was thought of as a risk to adopt this free software for business critical applications given it had little to no support, but Red Hat helped to change that. With Red Hat and then others getting behind the open source movement and adding corporate support behind Linux, now it had the backing needed to grow and run businesses around the world.

Enough of the history lessons on its importance. With open source comes more support than any one company can provide. When a bug is found, it is often fixed, tested and put out to the community before many traditional software companies able to organize a project plan. If you have a problem with the software, there is a community of thousands ready to help at a moment’s notice.

Not only does open source provide the ability for the masses to contribute and support, but it can also provide freedom from what we have all considered “corporate black box” products of the past. One such example is when Facebook announced last year that they would open source their own networking hardware, called Wedge, which unlike many of the current switching technologies would provide visibility and more control over what is happening and how to manage it.

Running a company that manages several data centers around the world and supporting customers around the clock, I find that having Linux options including both Red Hat, which is fully back by a major corporation, and freely available open source options like Ubuntu and CentOS allows us to customize and support our customers with a variety of reliable solutions and price options. With the open source Linux movement, we have received a great contribution to the Internet community, by essentially crowd sourcing the delivery of operating system software that now runs many large and small enterprises on a daily basis. It has changed the way organizations view open source and has ushered in a variety of open source tools and applications that have accelerated the growth of the industry. Coupled with the cloud, it has lowered the barriers for developers to offer new technologies and services without having to make huge up front investments. We don’t have to look further than Docker for one recent example.

With the mass appeal and more importantly, trust of open source projects today, we will likely continue to see growth and funding to provide advancement in operating system capabilities moving forward. It is more than just making the software available for free or near free, it is the “crowd sourcing” model that makes this truly attractive. We are no longer at the mercy of the vendors and the software is inherently held at a higher standard. If something isn’t working correctly, contributors will jump into action and remediate the issues. If it can be done in a better way, the same actions will occur and when an idea surfaces, groups are always ready to start creating ways to make it successful.

Although the development of the software is coming more easily and because of its open source nature, the access to the way it works-more readily available, people and organizations of all sizes will continue to look for a combination of commercial, open source and open source supported environments to develop on and around. We can trust that the operating system for example will function as expected, and patches will come out on a regular basis and if not, develop some capabilities by ourselves, but when in a bind, support may be needed. This is why the combination of truly open source operating systems combined with vendors that support those operating systems and other vendors who have knowledge and expertise in those systems continue to combine efforts and knowledge to support what is available. Whether it is Red Hat and its enterprise support organization or Ubuntu and vendors that have built expertise around it, organizations that adopt the open source technologies will need to weigh support required vs. risk of managing on their own and who else may be able to support when adopting the right operating system platform.

These different options provide developers with the ability to select the right operating system to run their applications and having both open source and commercially available options allow them to choose the right support model as well. Add in delivering this technology in the cloud and you have the fuel to even further accelerate open source OS, tools and applications.