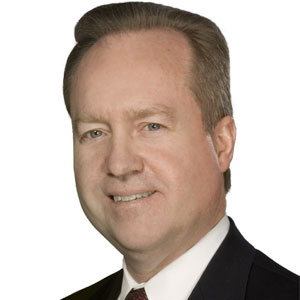 Thomas A. Kennedy, CEO “Today, after more than a century of electric technology, we have extended our central nervous system itself in a global embrace, abolishing both space and time as far as our planet is concerned.” - Marshall McLuhan, Understanding Media, 1964. McLuhan’s statement would go on to change the way people envision media and its various avenues such as newspapers, radio, and television.

Twenty years later, a technological breakthrough—Internet—began making the news, and ever since it was made public, the technology has been intriguing minds all across the globe. The advent of the World Wide Web sent people into a frenzy and forever transformed the methods by which they perform the simplest to the most complex and sophisticated tasks. Currently, the internet has grown into a world of its own and is used by an estimated 4 billion individuals on a daily basis. The vast network of digitally connected devices creates mountains of data, and organizations are using these pieces of information to decide on how best interact with their consumers. Businesses are investing heavily to accumulate computational solutions that allow them to tap into these massive input resources and further study and understand user behaviour and then deliver engaging and relevant customer experiences.

However, a significant issue that organizations implementing these solutions are facing is with cybersecurity, and IT teams at such firms continually face the daunting task of engaging in battle with cyber fraudsters. With regulatory boards constantly releasing new laws on how consumer data is to be handled; another issue that companies on their digital transformation and automation stage undergo is with compliance. One company, Raytheon, a cybersecurity solution provider, is coming forward to automate operational processes that can follow these new rules, and also block all potential threats to organizational networks.

Hackers are growing in complexity and variety in their modus operandi, and are continuously devising new techniques to find and attack network vulnerabilities. With the volume of breaches increasing, organizations must beware of defending themselves against these errant programmers. At Raytheon, the team has found a way to bring the perfect balance between securing a networking environment, and the time spent on research and using tools and techniques to identify threats.

The company offers a range of solutions that is capable of analyzing cyber activity and then develops structures on possible attack modes a hacker may utilize, based on their behavior patterns.

At Raytheon, the team has found a way to bring the perfect balance between securing a networking environment, and the time spent on research and using tools and techniques to identify threats

Once a proper assessment of the situation is established, these AI-powered tools can propose counter-defense mechanisms to IT teams and block potential threats to attack surfaces. As part of its extensive solution suite, Raytheon includes its Virtual Security Operations Center, or V-SOC, Managed Detection and Response (MDR) to support clients. These robust computational programs offer efficient anomaly seeking capabilities, event response, and advisory services on a sustained basis. Besides these compelling features, Raytheon offers its clients adversary emulation, engineering, assessment, and consulting services that aids in attaining a stable, defensible against the latest evolving and emerging threats.

With the constant call for quicker delivery patterns from consumers, Raytheon was searching for a method to enhance its already comprehensive development to shelf time to be in sync with the latest demands. The company found its answer in the form of a partnership with Red Hat, a multinational software company providing open-source software products to the enterprise community.

The joint ventures by the two technology firms proved to be fruitful, and Raytheon would go on to provide its clients with not only cybersecurity solutions but also the infrastructure automation that is required to run these solutions anywhere and at any time. Raytheon uses Red Hat’s services and Open Innovation Labs to leverage their strengths and make organizational system networks safer.

"Raytheon has a program called “Think Like a Programmer,” which it leverages to encourage girls to select a profession in cybersecurity, robotics, data science, and artificial intelligence"

In 2018, at Red Hat’s annual North America Partner Conference, Raytheon was recognized for the substantial work and effort it put in to deliver full lifecycle development and sustainment for the Department of Homeland Security’s National Cybersecurity Protection System. Raytheon received the Cloud Infrastructure Partner of the Year for building a system that can assist an excessive of 100 federal civilian government agencies to have visibility and security against advanced cyber threats to their networks.
Fascinating Corporate Social Responsibility Roll-Outs

Over the years, Raytheon has found great success in the cyber protective services space and has earned its reputation as a top-of-the-line cybersecurity solution provider. The firm has exceedingly provisioned its breakthrough software programs to government agencies, organizations and nations. It assists them in protecting their most vital information, systems, and plans and ensures that all processes are in tune with current regulations. In addition for earning a name for itself in the cybersecurity space, Raytheon is also well known in the community for the tremendous support that it provides to educate and ensure the safety of future generations through its supreme corporate social responsibility plans.

In one instance, Raytheon as part of its social responsibility initiatives, invited a group of girl scouts to its futuristic U.S. cybersecurity facility—CODE Center—for a day of excitement solving a fictional mystery: who stole the famous Girl Scout Cookie recipe? The mission of the project was to help young women better understand the challenges of choosing a career in computer science. A recent survey conducted by Raytheon in association with Forcepoint showed a staggering difference in knowledge in terms of cybersecurity, while 43 percent of men reported either having met or spoken to a cybersecurity professional; the average for women is still only at 22 percent. To close this gap, Raytheon has a program called “Think Like a Programmer,” which it leverages to encourage girls to select a profession in cybersecurity, robotics, data science, and artificial intelligence.

As the cybersecurity arena is set to witness a shortage of 1.8 million personnel by 2022, the goal is to feed the talent pipeline and encourage the next generation of female cyber defenders.

A Vision of Future Possibilities

Having reached the pinnacle point of the cybersecurity arena, Raytheon is looking forward to adding new automated functions to its solutions to make it quicker and more efficient. The updated version of the solutions will include a better machine discovery algorithm for new rules and content. It will also have an improved industry standard technique for cybersecurity teams to collaborate and share information on recent developments within the industry.

Determined to protect every aspect of the cyberspace, Raytheon has released an application—NexGenTrac—for consumers’ most personal device, the mobile phone. The portable solution was made available for governments, agencies, and public-sector companies in June 2019, and is capable of supporting a variety of missions that provide a direct secure link to employees. NexGenTrac empowers users with best-in-breed employee safety features and allows organizations to protect their staff located even in dispersed and remote environments.

Description
Raytheon Company is a technology and innovation leader specializing in defense, security and civil markets throughout the world 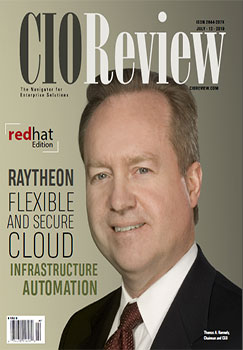